For Park and Recreation Month 2016, Study Shows How a Park is Like Medicine

Posted by: Robert Caston July 6, 2016 in Parks and Recreation

Jump for joy in a park today. It’s national Park and Recreation Month 2016.

Most people don’t think about going to a park for medicinal purposes. But for Park and Recreation Month 2016, perhaps the public should pay attention to a recent study on how parks can actually have a positive effect on a person’s mental and physical health.

The study was conducted by The University of Queensland in Australia along with the ARC Centre of Excellence for Environmental Decisions. Lead researcher Dr. Danielle Shanahan surveyed more than 1,500 residents of Brisbane, Australia. The city was a perfect location for the research because it has a high amount of park acreage and tree coverage

In taking a different approach when creating their criteria, researchers decided to equate visits a park to taking a dose of medicine.

What they found is truly remarkable.

Park and Recreation Month 2016 is a time to appreciate parks 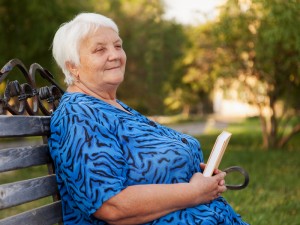 For example, when subjects spent 30 minutes or more in a park every day for a week, many people experienced a drop in blood pressure. Extrapolating out the results, the researchers determined that if a significant portion of an urban population visited a green space at least once a week, that city could see 9% fewer cases of high blood pressure.

That’s a significant amount. Think of the implications as far as reducing medical costs. What about reducing citizen stress which is a major factor for many illnesses? Think of the benefits of reducing anxiety overall in a city where congestion and overcrowding is a regular generator of stress. The impact could be enormous.

Imagine a city that was able to encourage more people to visit parks on a regular basis and was able to actually improve the mindset of an entire community. That would certainly make that city a better place to live.

Parks can do that. In another area of study – mental well being – researchers found that people who visited a park weekly could overcome negative thoughts and feelings. Overall, convince a large segment of the population to get out and walk on a tree-covered path or sit on a park bench, and the city could see an overall 7% decrease in depression.

There are many implications and cost-savings that could be gained with a major increase in the mental health of any group of people.

Here’s a bonus benefit in terms of the social cohesion of a city. It doesn’t take a scientist to know that happier people with less anxiety are also more likely to get along. Given the fact that there are so many different types of people, from so many different socio-economic levels all crammed into one space, this is a development that is worth paying attention to. 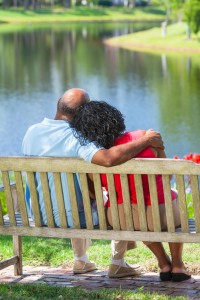 Romantic couple on a park bench.

An increase in physical activity, just convincing more people to walk instead of drive, also reduces health care costs. The more citizens that can be persuaded to visit and be active in a park, the higher the benefit.

All of this research is very important in terms of economics.

For example, in the US, the cost of hypertension is estimated to be as high as $48 billion. That’s a major impact on Medicare and Medicaid costs.

This economic benefit is certainly something for city, county, state and national governments to take into account to fight the rising cost of health care. Imagine if a program encouraging people to spend more time walking in a park was able to reduce medical costs for heart disease, stress and depression by 9%? Even 5% would involve millions of dollars in savings.

Here’s another major factor to consider. In the near future, experts predict more and more people will flock to cities for better jobs and other reasons. Urban populations are going to swell significantly.

According to the World Health Organization, by 2050, more than 70% of the people on this planet will live in a city.

All of this research certainly puts Parks and Recreation Month 2016 in a different perspective. Parks are now more than just a few ponds, park benches, shade trees and jogging trails. They can be a significant driver for a healthier, happier population and a solid way to reduce spiraling health care costs.

P.S. The National Recreation and Park Association offers a fun and FREE toolkit people can use to promote Park and Recreation Month 2016.