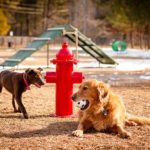 In its annual survey of park professionals conducted by Recreation Management magazine, dog parks continue to rank high for scheduled improvements. The survey is conducted by the magazine every year and asks park and recreation managers about such topics as budget increases, expected park participation and scheduled projects. Here’s the list of the Top 10 planned projects on average and ... END_OF_DOCUMENT_TOKEN_TO_BE_REPLACED 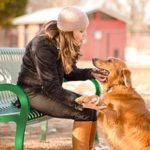 Few people know that when they are at play in a dog park, there was one woman, Doris Richard, who played a major role in the development of places for canines to play in America. In fact, Doris was the founder of what is considered the first city dog park – Ohlone Dog Park in Berkeley, CA. The first dog ... END_OF_DOCUMENT_TOKEN_TO_BE_REPLACED 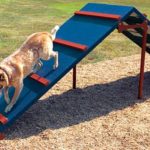 If you don’t have a dog park with dog playground equipment in your neighborhood or multi-family community, you may want to organize a group and build one – for the benefits of both canines and owners. Because here are some interesting statistics. We all know that dogs benefit from having a designated space for them to play. They get out ... END_OF_DOCUMENT_TOKEN_TO_BE_REPLACED 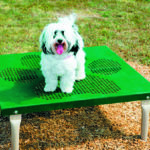 “My cats inspire me daily. They inspire me to get a dog,” – Greg Curtis “There ain’t a man livin’ who hasn’t talked to his dog.” – Hank Williams “Dogs have boundless enthusiasm but no sense of shame. I should have a dog as a life coach.” – Moby “Every dog is a lion at home.” – Henry George Bohn ... END_OF_DOCUMENT_TOKEN_TO_BE_REPLACED