How The First Tweet Was Sent From A Park 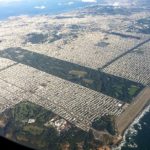 Few people know this, but for all the time techies spend indoors in cubicles, the first test Tweet was actually sent from a park. That’s the story told by Twitter founder Jack Dorsey. In 2000, the young coder lived in San Francisco and had developed a program that let him repost an email to as many people as he wanted. ... END_OF_DOCUMENT_TOKEN_TO_BE_REPLACED