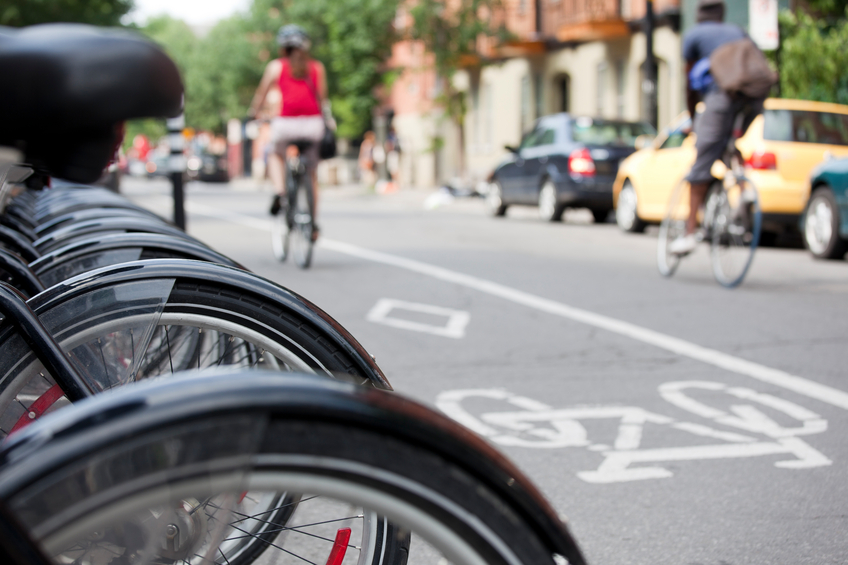 The newly popular position of city bicycle transportation engineer is responsible for everything from bike lanes to outdoor bike racks.

Bicycling and bike commuting are up overall across the nation. So are the number of bicycle transportation engineers.

Here’s why. Bicycle ridership figures are up 60% over the last 15 years. But if you look at communities designated as “bicycle-friendly”, meaning infrastructure, roads, outdoor bike racks and facilities conducive to bike riding and commuting, that figure jumps to more than a 100% increase. The willingness and desire to at least consider bicycling is there, given the opportunity through safe roads and ease of travel.

More cyclists on the road mean more bikes on the road, the same road that is home to daily car and public transportation commuters. Sharing the road is necessary, but has also shown to be a cause for concern.

According to the Center for Disease Control, adult bicycling-related fatalities have increased threefold for those between 35 and 74 years of age. Florida holds the distinction of being perhaps the most dangerous state for cyclists, with bicycle-related accidents being two times more likely to be fatal than the rest of the country.

Reasons for this increase can be traced to several categories:

With the trend towards bicycling and commuter bicycling growing yearly, many cities are realizing the need for safe facilities and safer roads. And through initiatives such as the Safer People, Safer Streets, from U.S. Transportation Secretary Anthony Foxx, safety has come to the forefront in the form of a Mayor’s Challenge, being directed towards every state.

Foxx issued the challenge to address non-motorized safety issues, and to help communities create safer, better-connected bicycle and walking networks throughout their cities.

He has challenged individual transportation agencies to go beyond their minimum requirements and for them to be proactive in providing the places and facilities that encourage bicycle use across all age groups. 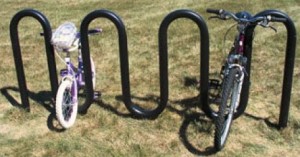 This initiative has led to strategic, detailed studies centered on bicyclist-friendly options. While raising the importance of safety, it has also led to an increased need for new personnel to take on the responsibility of studying the balance of transportation options within cities, and through more informed decision making and smarter investments, making sure that those balances are considered in future traffic projects.

While many cities now have staff dedicated to bicycle and pedestrian safety, there are also many outside, individual, and special interest groups promoting their plans and projects as well.  An organized effort was lacking.

There was clearly a need for someone to oversee all these separate yet related initiatives while keeping focus on an overall, master plan.

Sprouting from this lack of long term, cohesive planning, cities started appointing Bike Transportation Engineers, or Bike and Pedestrian Coordinators to be the person in charge of combining all transportation-related efforts in a unified way.

While many cities were already looking into this trend, others, like St. Louis have just now become serious about the matter. They had made significant investments in bicycle infrastructure over the past several years, but it seemed to be in a piecemeal sort of way.

Rather than continue on in this manner, the city felt they needed an organizer to oversee the process, and work not for a few, but for all those that would be involved and affected.

So this past fall, the new position of Bike and Pedestrian Coordinator was created. It was initially presented only as “a professional engineering position charged with creating a more sustainable, safer, more inviting city for residents and visitors”.

A short time later, Jamie Wilson, former president of a traffic engineering firm was hired, as St. Louis Mayor Francis Slay further explained, “To help make St. Louis a more bikeable, walkable place to live, work and explore by considering everyone, not just drivers, when it comes to the design and maintenance of streets”.

The position is to use a targeted, data driven approach to funnel investment resources for improvements where they are most needed. You’ve seen those cables that lay across the road to count traffic? Now that same principle is used to also track bicyclist traffic, showing the most used routes.

Wilson is now tasked with coordinating a master plan between all involved and affected organizations so as to educate drivers, bicyclists and pedestrians in a way that will encourage the use and implementation of improvements such as bike lanes (both dedicated and shared), appropriate signals and signage, public bike racks and parking corrals, and ADA access.

Safety is the overall mission

Wilson accepted the position because he believes, “It’s a quality of life issue. The cyclists are here, right now, and having traffic conflicts and safety issues on a daily basis. We need to react, teach, and learn to share our roads. We needed someone running point for all the separate but related projects that go on within a city, not only internally but for projects included in private development as well.

“If a consultant comes in with a proposal, we need to make sure that all the modes of transportation are taken into consideration. All projects must fit into our bigger picture in an organized way. Safety is the overall mission”. 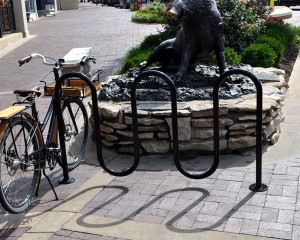 While safety is most certainly important, Bike Engineers can also have an effect on other areas, like the tourist industry and visitors who like to ride bikes.

They can lead the way to build programs related to a city’s unique history and culture. For example, in St. Louis, through a coordinated effort between Jazz St. Louise, a jazz education and outreach group, and Trailnet, a non-profit that promotes active, healthy living within communities, there exists a hosted bike tour of the city’s rich musical history.

Safe biking environments, roads and bicycle parking racks provide current residents, visitors, and tourists a way to explore the city on different levels, with a more unique and individualized perspective.

While there are no official certifications or degrees currently designed for bike study, the potential is most certainly there because of the number of stand-alone classes and programs that are available.

With passionate teachers and students helping, these studies are continually progressing, expanding and taking on the study of biking and the effects it has on transportation and cultural issues.

As more and more of these students get involved, stay passionate, and spread the word about the issue, expectations rise on the future educational opportunities and the increasing responsibilities that will be expected of Bike Engineers.

While cycling is still generally approached through the engineering and transportation planning aspects, there are those that are starting to look at a cycling society through sociological, anthropological and environmental aspects.

As expected, Portland leads the way in bicycling issues, as they have for the past several years, but other states such as California and Illinois are doing their part in providing important information and data to support the benefits of bicycling and the reason it needs to be incorporated into every state’s transportation program.

Chicago is an example in itself. Suffering from car-congested streets, obesity issues, and over a half million people diagnosed with respiratory illnesses linked to auto emissions, Chicago is striving, through bicycle engineering, to adjust their way of transportation, with a goal of becoming a world class biking city.

But it takes people with a passion to start a movement and keep that movement alive and growing. It takes someone to oversee the movement, keeping all factions in line, organized, and working towards the same goal.

It takes a Bike Transportation Engineer, or perhaps a Bike and Pedestrian Coordinator.