How Does Your City Rank For Bicycling Infrastructure Such As Networked Streets, Buffered Bike Lanes And Bike Parking (Outdoor Bike Racks) 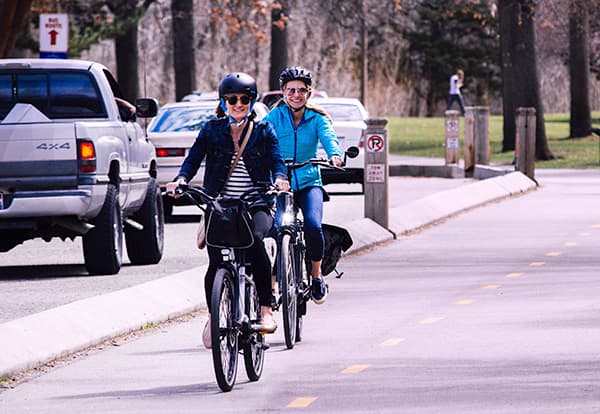 The organization PeopleForBikes just released its latest list of the Top Places for Bikes and included in the methodology is the availability of bicycle parking determined by the number of spaces and outdoor bike racks.

The top five cities named in the ratings were:

Ranking based on factors from bike lanes to safety

To compile the list, the organization used several factors to create a scoring system for ranking cities.

That criteria were broken down into five sections:

Tim Blumenthal, president of PeopleForBikes said, “Our City Ratings play an important role in furthering PeopleForBikes’ mission to make bike riding better for everyone across the US.”

“Providing annual ratings helps cities make quick, cost-effective progress toward building a network where people of all ages and bicycling abilities can ride safely and easily to destinations all around town,” he added.

Other cities in the top 20 are:

Some of the sources PeopleForBikes used to compile their ratings includes: 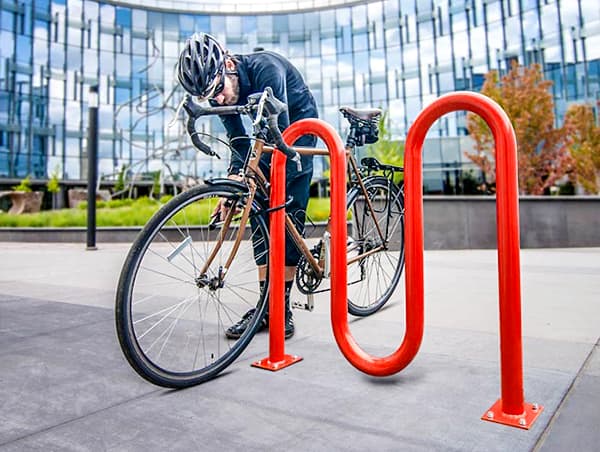 One of the criteria used to determine city rankings is the availability of bike parking. Bicyclists need an adequate number of outdoor bike racks to keep their bikes safe and secure.

In the community survey, one of the questions asked centered on “bike parking.”

Those surveyed were asked if they could enter a number for the following issues:

Where does your city rank for cyclists?

Not every city can obviously make it to the top five positions. However, the great benefit of the PlacesForBikes city ratings is that it outlines the criteria in detail that the organization uses. This is a perfect guide for cities and towns on how to make their areas more bicycle-friendly.

Hopefully, city planners in every town in the US will take notice. They can see that many towns, even small ones like Springdale, AR, (ranked in the top 20) are investing money in creating a better bicycling infrastructure.

If your city or town needs to make their streets safer for cyclists, pull out PlacesForBikes study and show city officials what their neighbors are doing.

Cycling is more popular than ever today. People would rather bicycle than drive – if it is safe and easy to get around.

But any improvement in infrastructure, such as protected bike lanes, outdoor bike racks for parking and a connected network of streets, is certainly a positive and popular upgrade for local residents.

Click here to see a complete list of city rankings by PlacesForBikes and how your city ranks for being cyclist-friendly.