Concrete Bollards Are Crucial To Separating Cars From Pedestrians and Buildings

Posted by: theparkcatalog May 17, 2017 in Community Building 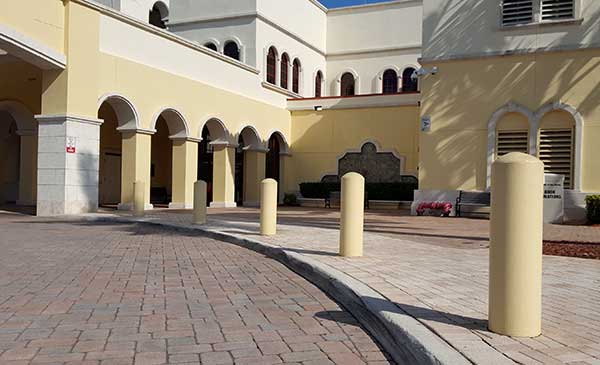 Concrete bollards protecting a sidewalk. Notice how the cement is painted the same color as the building, another option available with concrete bollards.

Bollards as protective devices have been used going back to the late 1700s, when the first ones were crafted using everything from heavy tree trunks to old, vertically planted cannon barrels to the modern concrete bollards used today.

As they have become more sophisticated, modernized, and more skillfully manufactured, concrete bollards are now more personalized and aesthetically appealing.

And even though bollards are used as barriers to keep pedestrians safe from vehicular traffic, they have become just as important in keeping motor vehicles out of specific areas of concern, whether enclosing pedestrian traffic or not.

The popularity of concrete bollards increased in the 1990s when they began to be the preferred choice for protecting campuses and other highly populated buildings.

Credit the world of vehicle-based terrorism for that. Concrete or cement bollards started popping up in front of every location that was deemed vulnerable or a security risk.

In the US, that at-risk category contained more than 90,000 sites, buildings, campuses, districts and structures that could all be considered candidates for the use of security bollards.

Bollards have come a long way since then, transforming from bulky eyesores to the more aesthetically pleasing, visually-appealing structures that are available today. They are used for such things as the prevention of pedestrian and vehicle interaction, the altering of traffic patterns, and much more.

Concrete and cement bollards (cement is actually one of the materials in concrete) have become a natural part of landscape design, but now they can be made to complement the landscape rather than something that needs to be hidden.

In fact, with customization options like color and finish, new concrete bollards can be installed as the architectural centerpiece of your project. With creative shapes and designs, bollards are available to match any environment in which you need them. Available shapes and forms include:

Cement bollard use on the rise 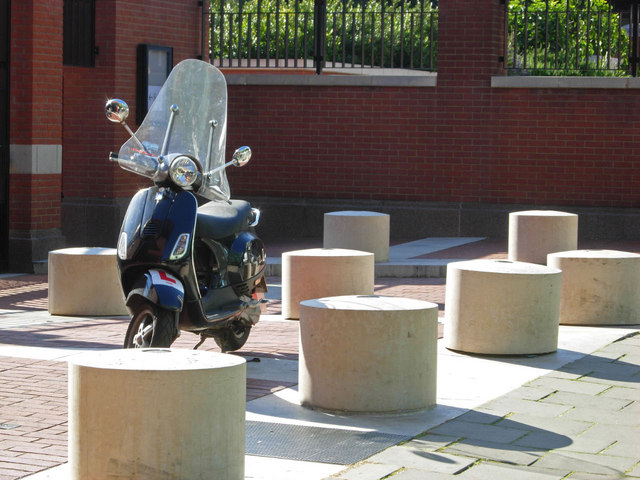 Parking bollards delineate areas where cars can and cannot park.

Uses of concrete bollards are on the increase because of the versatility that they bring with them. Popular and useful ways that bollards can be used include:

Through a large variety of choices in size, shape, and color, bollards can effectively protect any areas from motor vehicle intrusion, including extreme activities like terrorism and distracted driving.

And you can do it while increasing the aesthetics of your landscape.

By taking the initiative and installing concrete bollards or cement bollards, manufactured and installed to meet the resistance specifications and crash ratings that you need, you can protect pedestrians, buildings and fragile historical monuments from damage due to dangerous and out of control motor vehicles. 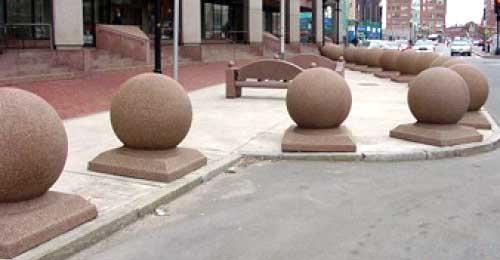 Concrete sphere bollards are often used for security in front of government buildings.