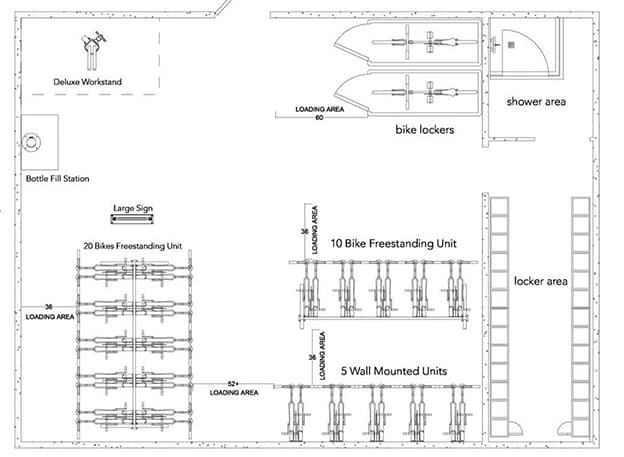 The Guide to Bike Rooms from The Park and Facilities Catalog is a handy overview on how to create an attractive indoor bike storage area.

Why create a bike room in an apartment or office building?

According to a recent survey of people in the multi-family construction business, right now bike rooms are a hot amenity.

As you might know, providing cool, appealing new amenities is a popular trend right now in the apartment business.

The competition to offer these extra features has gotten so intense, some experts are referring to them as “amenity wars.”

Makes sense. Many Millennials still prefer to rent. And if they wanted to buy, it’s difficult because many lower-priced homes have already been snapped up.

Therefore, the pool of renters out there is enormous. Hence, the rise of marketing amenities as a way to attracts those new tenants.

Plus, renters love these extras.

According to the survey, when asked to list their Top 10 Convenience Services, secure bicycle storage was No. 1. Almost 72% said their designs or finished buildings included bike rooms. That number was up from 66.5% in 2017 when those respondents said they listed bike storage as a service they provide.

Millennials (and a growing number of urban dwellers in general) love their bicycles.

They prefer pedaling to get around instead of driving. They also would rather cycle to work than drive.

According to the League of American Bicyclists, in a 10-year period, there was more than a 47% increase in the number of bicycle commuters in major cities in the US.

As you can see, there were three bike-related amenities on the top ten list for conveniences. As we said, there’s a reason for this. Millennials like to bike.

In the report, 25.7% of those surveyed said they offer Bicycle Repair and Maintenance services. 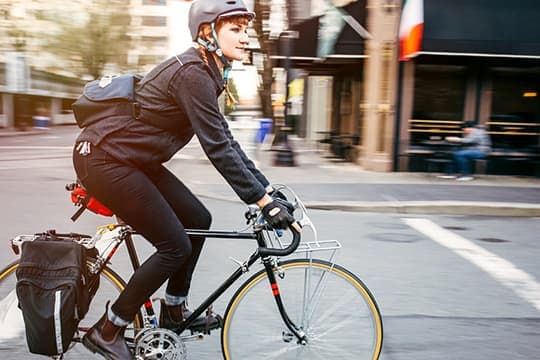 Bike commuter on her way to work. More apartment buildings are adding secure indoor bike rooms to accommodate all the tenants who now prefer to bicycle to work.

Key elements of a bike room

If you read the Guide to Bike Rooms from The Park and Facilities Catalog, there are a variety of products built specifically for indoor bicycle storage.

Here is a breakdown:

Bike Repair Stations: one quick way to immediately add practical value to a bike room and a bit of pizzazz is to install a handy bike repair station. These bike repair stations are like having a mini-bicycle repair shop in your building and are an appealing amenity for cyclists.

The bike repair stations can be equipped with:

Other amenities you can add include:

The great advantage of adding a bike room as an amenity is the relatively low cost. Installing a few wall-mount bike racks is certainly less expensive than adding a spa or pool.

One thing is for certain when it comes to amenities and younger tenants – bicycles are popular.

But the competition is heating up.

At the City Tower apartment building in New York City for example, they promote their bike room on the 19th floor with a view. How’s that for an amenity that will excite cyclists?

Whatever your plans, be sure to check out our Guide for Bike Rooms.

The Park and Facilities Catalog also offers a FREE service where our designers will help create sample layouts for the space that is available. Just give us the dimensions of the area and we’ll design a room with maximum bike density.