Posted by: theparkcatalog July 20, 2016 in Parks and Recreation 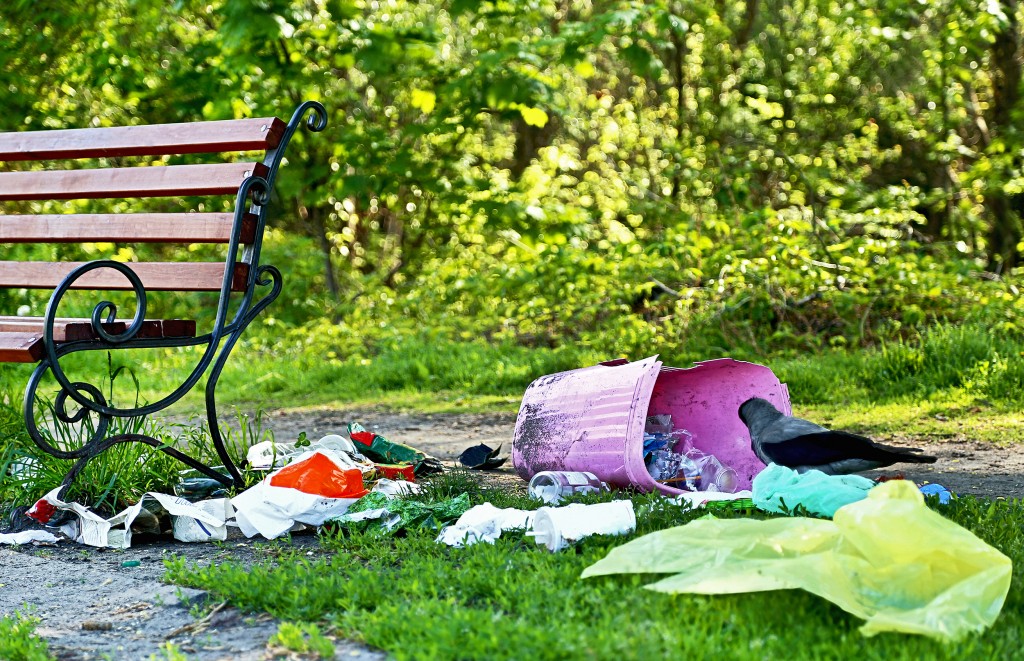 The national litter problem can be easily solved with more commercial trash cans.

There are no shortages of concerns in our country when it comes to our health and safety, yet something as simple as adding more commercial trash cans can solve the problem.

Gator and shark attacks, mosquito related viruses, and now, toxic algae are the front runners these days. The more dramatic and unusual get the daily headlines.

But behind the scenes, long after daylight surrenders to nightfall, in those dark corners and forgotten areas that we refuse to look at, uncover or clean around, there’s an epidemic on the rise, one that’s potentially more harmful to our daily lives than any single shark out there cruising around in it’s own environment.

As the amount of population continues to grow and concentrate in specific areas, so does the proportion of waste and trash, just plain old garbage.

For the inattentive and unequipped, this problem is getting out of hand in a heartbeat. It’s an epidemic of trash and litter that’s literally right in front of and all around us yet is allowed to grow and become a health and safety issue. This growing amount of trash that has been left to overflow and scatter for long periods of time provides a perfect place for disease, health, and safety issues to arise. All you have to do is go on Google and type in “overfilled trash cans on Yelp” and you will see how consumers are venting their complaints.

The following are a few comments on Yelp on excessively overflowing trash receptacles at parks and businesses. (No one wants to appear on this list). The last one is particularly disturbing, with many health concerns.

“So gross! All the trash cans in the idle air area are overflowing, bags of trash on the ground everywhere. The trash is the most disgusting thing.” 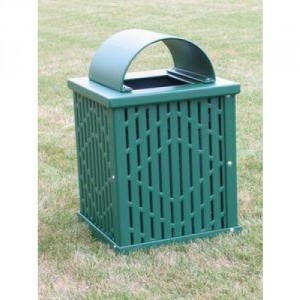 And yet, these are only a sample of the actual Yelp reviews from people that felt strongly enough about the trash situation to take time to photograph, describe and post the situation to social media.

It should be a real wake up call to the businesses that get these reviews, yet many of these situations are repeated over and over, some on a weekly or even daily basis.

Overfilled and overflowing commercial trash cans that are left to spew their contents outside on sidewalks or parking lots or in the worst-case scenario, inside the actual place of business, around the patrons and workers themselves, are one of the fastest ways to lose the customers you want while inviting all of the unwanted intruders into your area, bringing with them potential disease, health, and safety risks.

According to the Center for Disease Control (CDC) garbage that is left accessible and open is the easiest way to attract, (and keep) rodents, and all they bring with them, in your area.

Rats, mice and other pests attracted to loose garbage can spread over 35 diseases through both direct and indirect contact with feces, saliva, urine, or even ticks, mites and fleas that have fed off of an infected rodent. Examples of common ailments related to rats and their presence include the Hantavirus (HPV), Bubonic (Black) Plague, Rat Bite Fever, and Leptospirosis.

This type of rat boom is just what is happening in many heavily populated areas. Boston, Washington D.C., Chicago, places in Louisiana and New York according to USA Today. They’re all reporting record or near record increase in trash related vector problems. With situations as those depicted in the Yelp, it’s pretty easy to see why non-desirables may feel right at home in those situations.

Rats are opportunists, and those overflowing outdoor trash cans left uncovered to allow garbage to freely fall to the surrounding area can itself, according to the CDC, be a great rodent buffet. When asked, “What do rats eat?” the CDC says that the easy, and correct answer is “Just about anything!” And what do you find in those overflowing trash receptacles at restaurants, on outdoor patios, and in public parks? “Just about anything!”

It’s the proverbial match made in heaven.

Fred Klonsky, a retired Chicago Public schoolteacher, addresses the issue of trash, with no place to put it, in his article, Chicago, Rats, and Trash Cans. Klonsky tells a story of walking and driving in highly populated areas and seeing maybe, maybe, one trash can per mile, if lucky.

The rare trash can sighting, “Rarer than mailboxes and phone booths” says Klonsky, usually also proves to be full, overflowing, usually damaged and in disrepair, but always insufficient to contain the amount of trash that is present.

The trash cans are undersized, under maintained, and too few in numbers, and simply regurgitating the trash back onto the streets and sidewalks, making it easy pickings for the opportunistic traits of rodents. This is a cause, he says, for Chicago’s rat explosion.

Litter, according to Conserve Energy Future, CEF, is mostly comprised of, in descending order, fast food, paper, aluminum, glass, and plastic. Following that list of contents, one of the most noticeable places for trash pile up is in the restaurant industry, most notably the fast food industry, where disposable food and drink containers are the norm, and by the way, getting larger and larger.

When it comes to food, these restaurants are definitely in the bigger-is-better mode, which also translates to the containers that food is packaged in. The bigger containers then take up more space in the trash trash receptacles, translating to full trash cans, more often.

This has prompted a rise in Yelp reviews and reports claiming, and showing, overloaded trash cans and dumpsters. With cleanliness being one of the all time reasons that restaurants get poor ratings or shut down completely, trash containment and removal should be of utmost priority.

But it’s not just about a few pieces of paper on the ground. Along with vector problems, excessive, uncontained garbage and littering will bring environmental problems to our waters as well, especially when left to mix with rain and storm water. Environmental effects can include: 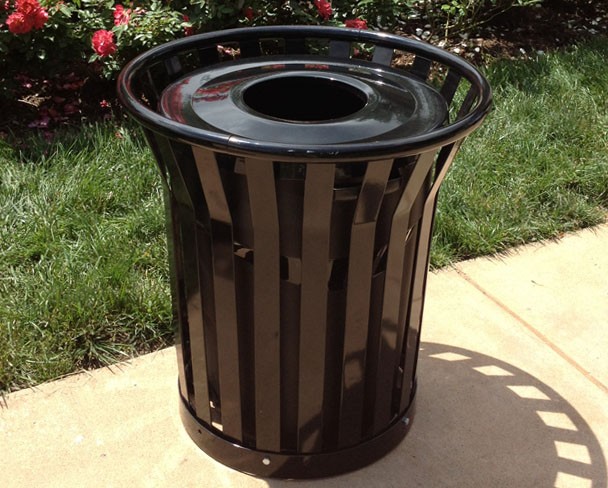 But what if these businesses or service personnel are well meaning, and simply get sidetracked during busy times. They may be attending to customer orders and needs or other business demands deemed more important at the time while the trash piles up and overflows. The aftermath of a particularly busy stretch of time, whether in a restaurant or out at a picnic pavilion can give an appearance of not caring about cleanliness.

One of the main causes of littering and trash dumping is laziness. Combine this with undersized, and seemingly too distant trash cans, and it’s easy to see why garbage can pile up and not be disposed of properly.

One simple solution is to increase the amount and quality of trash receptacles. In the referenced Yelp reviews, there is an obvious need for more quality trash receptacles to help alleviate the overfilling problem.

No one will complain about having too many trash cans on site to collect garbage, but the minute one overflows, well, you have a problem. By monitoring the trash situation and realizing the times and situations that create an increased trash flow, a city, company or organization can decide where they need additional trash cans, and the types of receptacles that would be appropriate.

By providing quality trash receptacles and commercial trash cans made for the environment that they will be servicing, the garbage will be contained properly, disposed of properly, and not left to serve as a breeding ground for unwanted pests and the health risks that come along with them.  Few municipal problems have easy solutions. This one does.