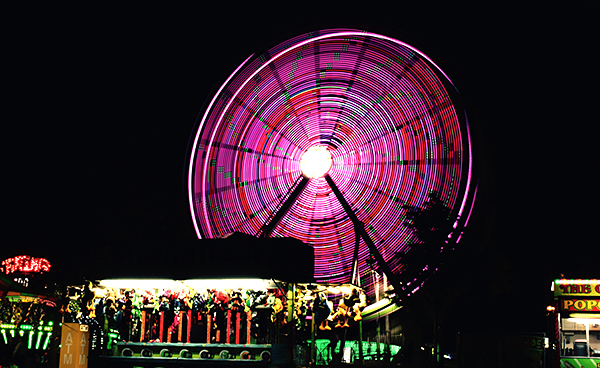 This year will see a huge boom in theme park construction that will add more dollars to the US economy.

There is no doubt that one industry where America stands out worldwide is in the category of theme parks and this year, we will see a huge boost as new attractions open that will literally make people starry-eyed.

Starry-eyed as in Star Wars.

Smartly, the new parks will be nearly identical. They are both called Star Wars: Galaxy’s Edge. They both occupy about 14-acres of land.

But the attractions promise to pack in lots of power in those spaces.

The big features will be the rides called Millenium Falcon: Smugglers Run and the Star Wars: Rise of the Resistance.

Visitors will also be able to check out the outer space town of Batuu, meet Chewbacca, drink blue milk in the Black Spire Outpost and train to be a Jedi.

As you can imagine, building these theme parks is not cheap.

And considering all the Star Wars nerds in the world, the return on investment will probably be substantial. Disney is going to bank some serious dough on their Earth-based galactic adventure.

But what most people don’t realize is the tremendous ancillary effects of these massive theme parks.

Think of all the spending on infrastructure that takes place. Everything from the purchase of steel for the buildings, electronics for the machines that run the rides and even extra items such as commercial picnic tables sold by companies such as The Park and Facilities Catalog.

Then think of the employment. Construction workers. Restaurant employees. Even Chewbacca needs a paycheck.

Then there is the tourist impact. In 2017, Orlando attracted 72,000,000 tourists. That is a huge number of booked hotel rooms, meals at restaurants and t-shirts purchased.

What’s also amazing is that it’s not just Disney that is making improvements in their theme parks or investing in new parks and attractions.

Here a handful of other major attractions planned to open this year.

There will be a Nickelodeon Universe- the largest indoor theme park in Western Hemisphere. (With two massive roller coasters). That’s not all. There will also be a water park, wave pool, indoor ski slope and ice-climbing wall.

Rumor alert: there is speculation floating around the web that Universal Orlando may be in the process of building a massive new park at their Florida location based on the Super Mario game. Massive is the word.

As you can see, theme park companies are spending billions big time to construct these parks and they will spend billions to keep them in operation. That’s quite a bit of money that will circulate throughout the local and US economy, much of it coming from overseas.

Sure, it might be entertainment to most people. But’s it is also an incredible and positive boost to the American economy as well. One we should all pause to appreciate, even if we are standing in a long line waiting to hop on the next ride.