Posted by: Robert Caston November 18, 2015 in Parks and Recreation 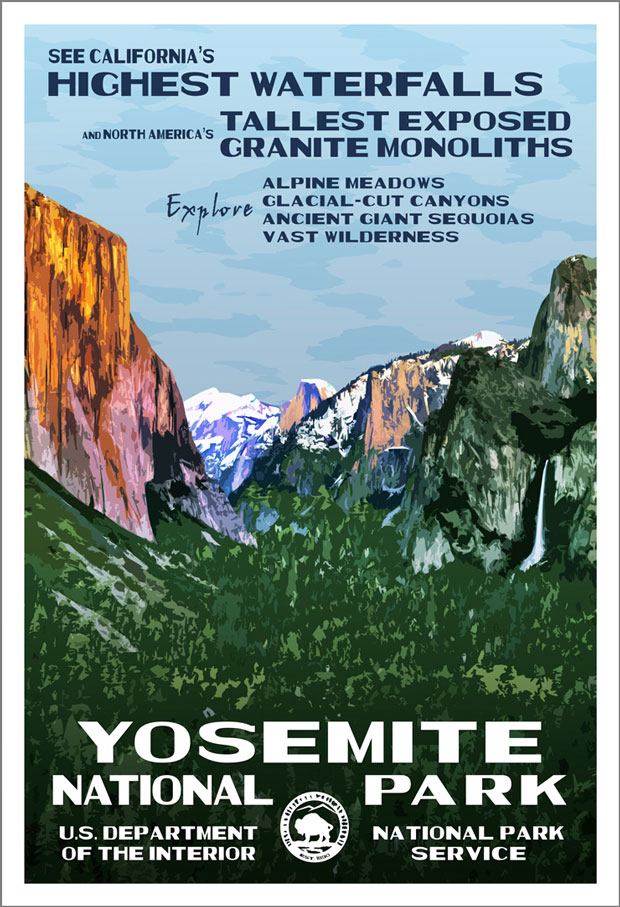 National park posters recreated in the classic style of the original 14 posters painted by WPA artists in the 1930s.

You’ve seen those incredible, iconic posters of national parks. The ones with the cool retro lettering and pastel colors. But did you know there were actually only 14 of these posters created for our national parks?

Rob Decker, founder of National Park Posters, wants to change all that. His mission is to continue the legacy of documenting our beautiful national parks with the same motif started by artists working for the Works Progress Administration back in the 1930s.

First some background on the original, classic posters. As you may remember from your history classes, the WPA was created during the Great Depression when millions of people were out of work.

Then President Franklin D. Roosevelt knew he had to do something to jump start the economy but more importantly to put food in the mouths of families. There were reportedly 20 million people on relief of some sort. He also knew there were plenty of Americans out there willing to work, if they had the opportunity. 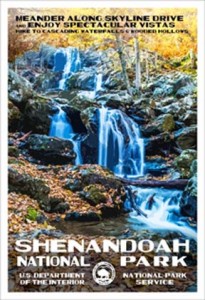 So with the Emergency Relief Appropriation Act of 1935, the WPA was formed. The result? As many as 3.3 million people were given a job and put back to work. With picks, axes and muscle power they built an astonishing number of roads, bridges and parks all over America.

Just about every town and region in America benefited from this program.

But another interesting aspect of the WPA program is that they also employed artists, writers, actors and musicians (hey those people need to work too). These artisans created works of art for the government and also taught their craft to local school children.

If you are a park enthusiast, you can appreciate the stunning posters created by these artists honoring the incredible beauty of our parks. To this day, the posters have a unique style with block lettering and brilliant colors.

Parks lover and photographer picks up the palette

Along comes Rob Decker who has photographed parks for the past 35 years. He’s got Kodak in his blood. He’s been a photographer his whole life and was the head photographer for his high school yearbook.

When he was 19 years old, Decker actually studied under one of the greatest photographers and park documentarians of all time – Ansel Adams. He learned all the intricacies of Ansel’s famous black and white zone system while photographing Yosemite National Park. Now that’s inspiring. 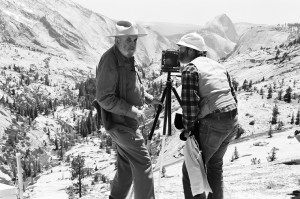 In his cross-country travels photographing hundreds of parks, Decker noticed these WPA posters as well.

“People love national parks and a lot of people really love this style,” he said. “They love that kind of souvenir.”

He also realized there were now hundreds of national parks that could be chronicled in the same WPA-style.

Artists back in the 1930s would create these posters from black and white photos that were the only kind available at that time. They used their imagination to fill in the colors. To recreate that appearance, Decker developed a unique process using High Dynamic Range Photography that transforms his photographs into similar works of WPA art.

He prints the posters on high-quality recycled paper stock and uses bio-based inks which are approved by the Forest Stewardship Council and Rainforest Alliance.

To get this business off the ground he set up a Kickstarter campaign to raise some money and embark on a “quit my day job kind of thing.”

It was a success. The first campaign raised $23,121 from 373 backers who received the first printings of his posters. Those posters were signed, numbered and dated (and therefore instant collectibles).

Now he’s running a new crowdfunding campaign on Kickstarter to move this project forward and continue this body of work. The campaign ends Dec. 3rd of this year — and you can get some great package deals while the campaign is still running.

One of the challenges (and perks) of his project is that Decker has to visit the parks to get the shots he needs. While he has photographed many of the parks over the years, he had to revisit some of these locations to keep the consistency with his latest camera techniques.

He plans to create posters for all major 59 national parks.

“I admit that’s quite a lofty goal,” he added. 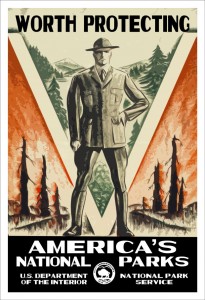 But the possibilities are endless. The National Park Service actually manages more than 400 parks and historic sites. That’s a lot of posters.

“There’s a gap there that needs to be filled,” he said.

Then there are the local parks. Or zoos. Or landmarks.

Each one could be captured in this WPA-style that is not only aesthetically awesome, but also a reminder of America’s past and its triumph over adversity with hard work and fortitude.

You can find the posters on his site – www.national-park-posters.com or his Kickstarter page where there are a variety of package deals.

By the way, your purchase will help a park as well. Decker donates 10% of his online sales to organizations that help protect and preserve these national parks.

If you have an idea for a poster of a natural wonder, let him know. It’s also a great idea for fundraising or to add some unique and localized merchandise for any park or landmark bookstore.

He’s starting his business at the right time. This next year is the 100th anniversary of the National Park Service. The nation is gearing up and you can follow the progress here. Decker’s plan is to participate in honoring these parks as well with his posters.

It’s certainly admirable that one man has taken it upon himself to emulate these fine works of art. To honor our fantastic parks and carry on a tradition created by struggling artists nearly 100 years ago. It ties in perfectly with the whole spirit of America, from our vast rugged wilderness to our resourceful citizens.

Note: The Park Catalog is a national supplier of park benches, picnic tables, bicycle parking racks and thousands of other items to parks around the US.