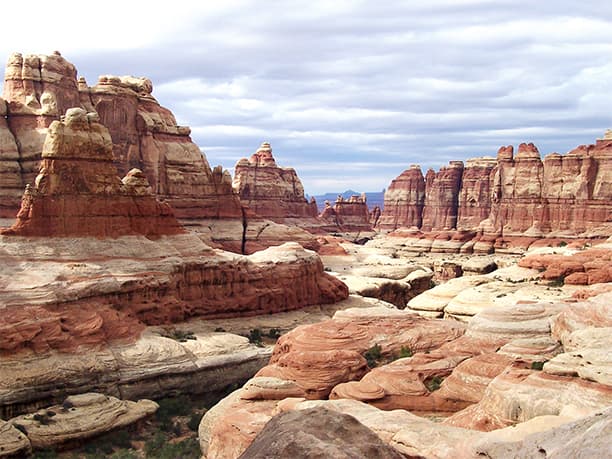 This Labor Day as far as jobs and economic development are concerned, when there are attractions that draw more than 330 million visitors every year, there is going to be a major amount of money spent and jobs created.

The attractions we are talking about are not Disneyland or Universal Theme Parks.

They are our National Parks.

National Parks (and for that matter state, county and city parks) are a major force in our economy and support a large number of workers.

The benefits were outlined recently in a study conducted by the National Park Service: 2017 National Park Visitor Spending Effects. Economic Contributions to Local Communities, States and the Nation

U.S. Secretary of the Interior Ryan Zinke announced that spending by people visiting our national parks generated an estimated $35.8 billion in 2017.

That includes the money people spend on gas, hotels, restaurants, gift shops, etc. when they hit the road to go to Yosemite, Yellowstone, The Grand Canyon or any of the other 419 areas managed by the National Park Service.

In addition to the money spent, that also means there’s quite a bit of tax revenue generated on the federal and local levels. Certainly helps to offset the cost of maintaining those parks.

“Parks are a vital part of our nation’s economy, drawing hundreds of millions of visitors every year who fill the hotels and restaurants, hire the outfitters and rely on other local businesses that help drive a vibrant tourism and outdoor recreation industry,” said Dan Smith, Deputy Director of the National Park Service.

What’s also significant is that it only costs about $3 billion annually to run the NPS. The $35 billion generated by parks is quite a return on investment.

Where park visitors spend their money

According to the annual National Park Service report in 2017:

The two sectors that benefitted the most: Lodging – $5.5 billion and Restaurants – $3.7 billion.

Here’s a breakdown of how visitors spend their money:

In addition to tourism, the other impact is with capital expenditures. All the money national parks spend on new roads, site furnishings such as park benches and trash receptacles, the construction of facilities and other items also has a ripple effect on the economy as far as funds and jobs. 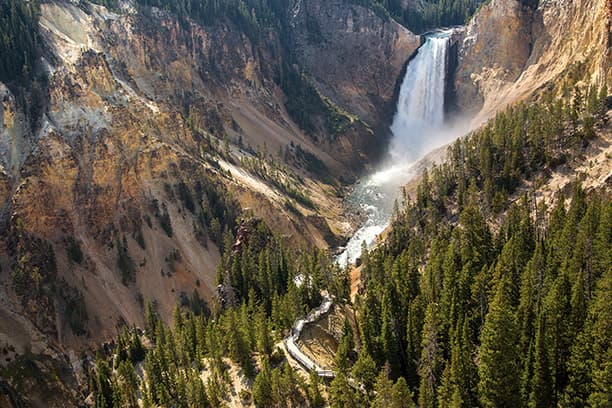 What’s interesting is that as more of the giant demographic bubble of Baby Boomers hit the road, the more that positive economic impact continues to grow.

Visitor spending was estimated at $14.7 billion which supported 242,712 jobs with a total estimated output of $26.8 billion.

In just five years, nearly $10 billion more was added to the economic output from people visiting our national parks.

That’s a huge trendline upward. Any corporation experiencing that kind of revenue growth would have executives jumping up and down in glee around a board room.

Of course, there’s always the issue of maintenance. It is estimated that our national parks have an estimated $11 billion backlog of repairs and new projects that are needed.

But as our leaders can see, money spent on our parks is worth the expenditure. Studies such as the one mentioned above verify that our national parks definitely generate a multiple return on dollars spent.

“National parks are a proven economic engine for local communities and states,” said Marcia Argust, with the Pew Charitable Trust, “Ensuring that our park sites are safe, accessible and preserved for future generations is a smart and necessary investment.”

One entity that does a tremendous job supporting our national park system is the National Parks Foundation. Efforts by Lady Bird Johnson, Laurance Rockefeller and others who lobbied Congress helped create the foundation in 1967.

The Foundation is a 501c that raises money for national parks and historic sites. In addition to fund drives, they generate significant sponsorships from national corporations such as Coca-Cola, Subaru, American Express, LL Bean, Nature Valley, Union Pacific, and many others.

The website also helps to attract visitors. This helps to cut down on promotional expenses that might otherwise be paid by the NPS.

The foundation launched a “Find Your Park” campaign, for example, with a myriad of publications, guides, and maps pointing out not only the major national parks in each state but also some unique and interesting parks and sites that many people might not know about.

“We focus on promoting programs and projects that protect precious landscapes and wilderness, historical sites and places of cultural significance,” read a statement on the foundation’s website.

Hopefully Americans, especially our leaders, are not taking our national parks for granted.

Those parks and historic sites are not only a great place to visit and learn, they are also a source of pride and very importantly, a creator of significant revenue and jobs.