Posted by: Robert Caston March 1, 2019 in Parks and Recreation 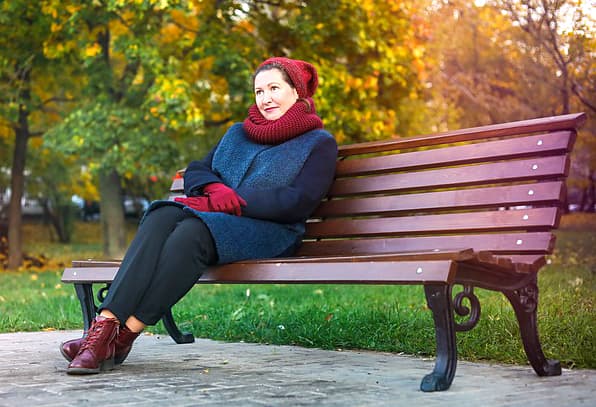 Study reinforces the research that spending time in a park, even if you just sit on a park bench, puts you in a better mood.

Visiting a local park and just relaxing on a park bench will make you happier, even if all you do is sit.

That’s the findings of a new park study conducted by the University of Alabama Department of Occupational Therapy.

The researchers reported that the subjects said they experienced a definite boost in well-being after visiting one of those parks.

What’s also interesting, is that physical activity was not necessary for this to happen.

Just spending time in the park was enough to lift the feelings of participants in the study.

That last sentence is very important.

Basically, what the researchers are saying is that all you really need to do is get to a park, and you will feel better emotionally.

You don’t need to jog, bicycle or even walk (although, those activities do have their own benefits).

Just go. Sit on a park bench. Do nothing.

And your mood will be elevated. That’s what the researchers found when they interviewed participants in the study.

The results make sense. We already discussed the benefits of sunshine and Vitamin D. Or the pleasant mental reaction to being surrounded by greenery. Plus, we all know how fresh air boosts moods.

The need to protect green spaces in cities

These findings are proof that can be used to persuade city officials and planners about the benefits of creating parks. And not letting existing spaces fall to development.

Even a pocket park, just a small patch of land with some trees, park benches, shrubs, grass and perhaps a few picnic tables, is beneficial to the public.

Another professor pointed out, there is pressure on any open spaces in cities. In fact, experts predict more and more people will be moving to urban areas. That will increase the demand for land.

Ironically, if city officials want to keep the populace happy, they will need to be steadfast about preserving open spaces, retaining parks and somehow finding innovative ways to develop more green space despite the demand for new housing development.

Examples of this innovative approach be seen at the High Line park in New York City, where a 1.4-mile park was built on an abandoned elevated rail line.

Or the  Underline park in Miami. That project just broke ground on a long string of parks to be built in the shade underneath the Metro line.

Then there’s the BeltLine park, built on an abandoned railway corridor that circles Atlanta.

In San Francisco, they built a new bus station. And then created a park on the roof.

This study also shows, parks aren’t a luxury. They are a necessity.

Want to make your city a pleasant place to live (and who doesn’t?) Then create plenty of spaces where people can get relax and experience a more pleasant sense of well-being.

All it takes is a green space. And maybe a park bench.