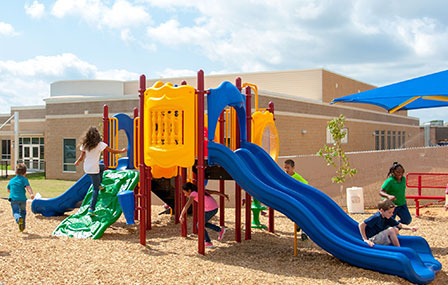 The “Fund Your Park” crowdfunding platform from NRPA makes it easier for groups to raise money for park improvements and furnishings.

With advancements in fundraising technology, the ability for people to improve parks and other recreational facilities in their towns is now a whole lot easier.

That’s because there is now a park fundraising program that not only helps them collect funds but shows them how to conduct a successful fundraising campaign.

“Fund Your Park” is a “crowdfunding” program offered by the National Recreation and Parks Association. The online platform can be a game changer when it comes to empowering people to improve their communities.

At first glance, the web-based service is similar to crowdfunding sites such as GoFundMe or Kickstarter.

NRPA’s program allows participants to create their own web page to promote the project, upload photos, and videos and collect payments. When a person makes a donation, they automatically receive a receipt letting them know their donation is also tax deductible.

There’s no driving around collecting checks or making deposits at a bank. It’s all handled online.

“It’s a one-stop shop basically,” said Project Manager Dan Sanford. “To set up an account is literally one of the easiest things to do.”

But unlike other crowdfunding platforms, “Fund Your Park” actually helps project participants along the way. They provide a free toolkit, suggestions on how to promote the campaign and ongoing support by their staff. 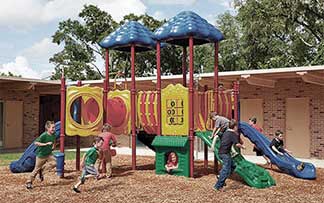 If you plan to conduct a large fundraising campaign, the NRPA team suggests you break it into phases for a better chance of success.

“It’s not like we just hand them a piece of paper and say here you go,” said Roxanne Sutton, NRPA communications manager.  “We are real hands-on as far as what they should be doing.”

The toolkit is a basically a detailed road map on how to start a fundraising campaign. It gives valuable advice that a novice to fundraising may not know. Plus, it gives a group an idea of the type of commitment and resources they will need to make their campaign successful.

For example, the toolkit suggests that participants go out early and discuss the project with local business leaders to see if they can generate early support. If they can get that initial green-light from some potential donors, then they can leverage that buy-in to approach other businesses.

There are sections on advising participants to find influencers in the area with social media expertise and followers and to get them on board. How to create a sense of urgency for that final push at the end. And finally, how to conclude your campaign, perhaps with a party or ribbon-cutting.

Dan recommends people keep their projects under $50,000 initially. If at the end of the day, the project is much more expensive, that’s fine. It’s just that in his experience, it’s better to start smaller and raise money in stages.

“You want to make sure they can get a project completed rather than drag it off into a year-long process where their donors might become disillusioned,” he said. “With a $50,000 project (or less) the donors get to see tangible results.”

Success breeds success, even when raising funds. If donors see progress being made, they might be compelled to donate more or fund the next phase of a project.

People who want to be involved in “Fund Your Parks” must fill out an application and there is only one period per year when they can apply. Applicants must be members of NRPA or working with a park or town that is a member.

After a few weeks to review the project, the “Fund Your Park” team will determine if the proposal is viable and how it meshes with the NRPA’s overall vision for parks. The decision is then made to accept or reject the application.

The success of these types of projects depends upon several factors. They include the ability to initially find a core group of supportive donors and to be able to effectively spread the word about the benefits of the project.

Just because a group signs up for the program, it doesn’t mean the money will just roll in. In many towns, there are several groups all competing for the same pie of available donations.

“This isn’t a gimme, you have to work at it,” said Roxanne. “We’re here to give them all the tools and as much support as we can to make it happen.”

The team at NRPA has noticed that if a group is passionate and puts in the hours for their project, they will do well, even if they don’t initially meet their goal. Many times, donations will come in after the deadline for a project that is well run and marketed.

The “Fund Your Park” program is free to set up. The NRPA receives a small 5% administrative fee that covers the platform costs and credit card fees.

Another great benefit of their program is that unlike Kickstarter, there is no minimal goal that must be reached for the funds to be allocated. With “Fund Your Park,” the organizers receive the amount no matter how close they get to the goal.

There are some national businesses out there, such as Domino’s Pizza or Krispy Kreme doughnuts, that have discounted packages people can also use to help them with their fundraising efforts. Another option is to find sponsors for each product, such as memorial park benches. Thousands of park benches in New York City’s Central Park were paid for by families.

Just about every town in America can use some improvements to their neighborhoods.

Maybe a decrepit playground needs to be replaced. A ballfield needs another set of aluminum bleachers. Perhaps a local group of dog owners wants to build a dog park complete with dog park equipment such as hoops and jumps.

A group might decide they want to build an entirely new park on their street complete with picnic tables and park grills.

“Fund Your Park” can help make it happen. It already has for many communities.

The city of West Bend Parks, Recreation and Forestry generated $24,122 to rejuvenate a fishing pond for kids to improve their angling skills. Brookline Recreation met their goal of $20,000 to provide more accessible and user-friendly changing rooms. (See list of campaign stories here).

Putting together a fund-raising campaign takes quite a bit of work. Many people don’t even know what it takes to get started or all the essential steps that need to be done to make it successful.

But with “Fund Your Park” platform, now they do. And they have a powerful tool to help them do it. Along with an expert support team at NRPA.

“It’s a great way to just begin and go,” Dan pointed out.

Dan said NRPA has ambitious plans to raise the visibility of “Fund Your Park” and encourage the creation of more local fund-raising campaigns.

The NRPA park fundraising platform is already making an impact in this country. It’s a great way to empower any group that wants to make their town a better place to live.