Posted by: Robert Caston July 28, 2016 in Parks and Recreation 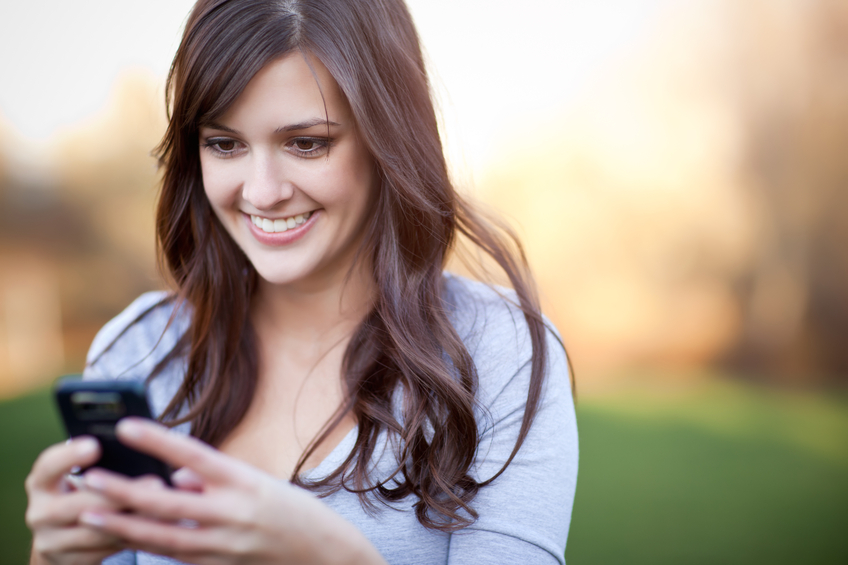 Pokemon Go player in a park

Who would ever think creatures such as Jigglypuff and Squirtle could get people out of their homes and into parks and even get them to fill up trash receptacles?

But that is what is happening in some areas thanks to savvy park personnel.

While many people might see the game of Pokemon Go as sort of crazy, some clever people see the craze as an opportunity.

For example, folks at Delaware State Parks are conducting a contest through July to encourage people to go to a state park when looking for a Caterpie, Raichu or Wigglytuff.

(If you are not familiar with Pokemon Go, the game is basically played on a smartphone or iPhone. Using GPS technologies combined with cameras, players walk around various locations searching for colorful  Pokemon cartoon characters. When they see one, they toss a “poke ball” at the icon to “capture” it and earn points. There are a bunch of Pokemon creatures to pursue, and new ones created all the time).

At Delaware State Parks, when people find a creature, they are encouraged to post their success on Facebook, Twitter or Instagram with the hashtag #pokeparkde. When the contest ends this month, the Pokemon “trainer” who shows the most Pokemons cornered at Delaware State Parks wins a prize.

Even the governor of the state is involved.

“This new contest is a great way to get kids, families, and all adventure-seeking Delawareans outside and into nature – a major goal of our Children in Nature Initiative,” said Governor Jack Markell. “I want to thank Delaware State Parks for taking advantage of the extraordinary popularity of this new technology to help encourage physical activity and showcase our amazing state parks.”

Here’s a group of people who took the power of Pokemon one step further.

Persuade Pokemon Go players to up trash receptacles too 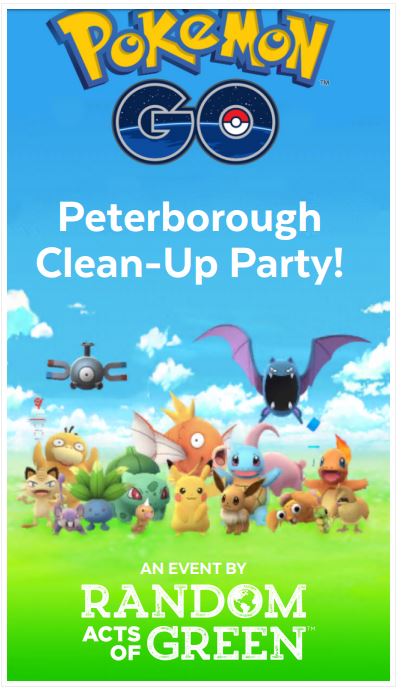 While playing the game one day in Ontario, Canada, Jessica Sheets thought: while people are scurrying about parks looking for Arboks and Weedles, why not carry a trash bag with them and pick up a few pieces of litter along the way? She posted the idea on her Facebook page.

This way, not only will the participants have a few extra points on their Pokemon phones, they will actually be accomplishing something in the physical world and making their parks and the world in general a better place.

Jessica Correa, who runs Random Acts of Green, an environmental awareness company, saw the post on Facebook, and decided to pump up the idea by organizing a Pokemon Go Peterborough Clean-Up Party.

The result – people getting out of their homes and picking up trash at parks. That’s certainly not an easy task to accomplish in this day and age of tech couch potatoes. Ironically, all it took was a virtual creature on a smartphone named Pikachu and all his cartoon cohorts.

“It was pretty neat,” said Ms. Correa, “We managed to make picking up garbage fun. I don’t know if anyone has managed to do that before.”

Her company set up “green stations” where people could grab garbage bags for trash and recycling bags for recyclable materials such as water bottles. She was able to attract sponsors and volunteers to help out as well. The event was a huge success.

“We’ve had tons of people interested calling us this week,” she said. “My passion is not just picking up litter but from a sustainability standpoint raising awareness in a fun, engaging and positive way.”

Jessica touched on a key point – “at the end of the day, people want to be rewarded for something they do.” In this case, they score Pokemon points. She’s excited about the potential for her company to help organize more Pokemon/green events.

There’s something bigger here looming on the horizon. It’s more than just finding a Pidgetto or a Clefairy behind a tree. 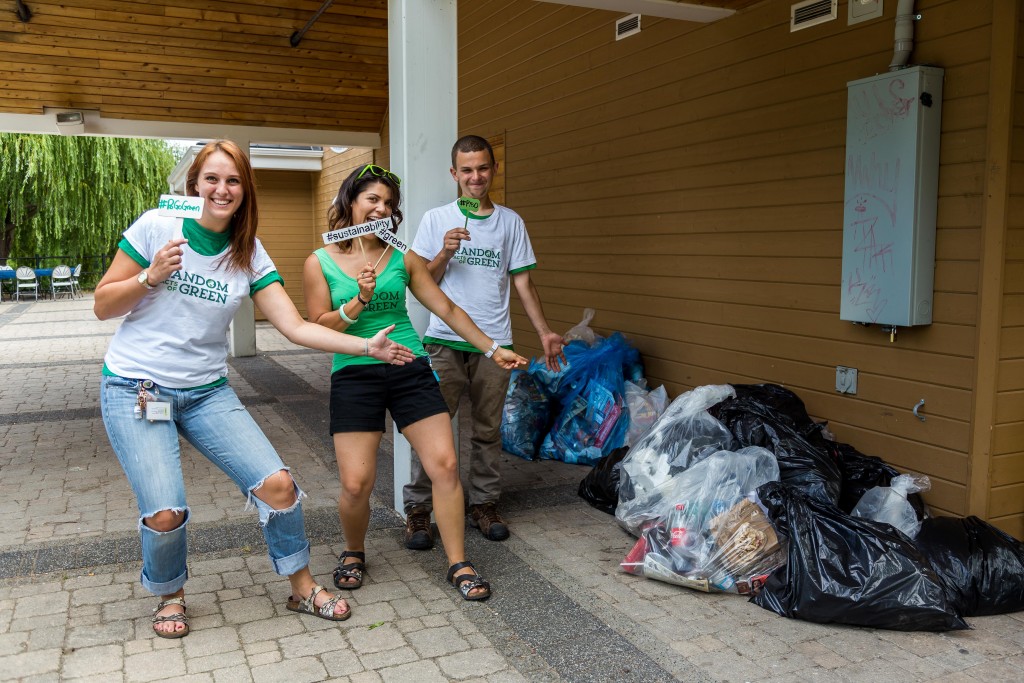 As technology continues to make quantum leaps, especially in the gaming vertical, park personnel, parents and others are concerned that kids (and even young adults) are going to be more interested in spending time in virtual worlds than they are in the real world.

Here’s a solution. Ironically, it could be gaming technology that finally acts as a catalyst to get more kids outside. This technology could actually transform the way people interact with parks.

In addition to sitting on a park bench and reading a book or eating lunch on a picnic table, visiting a park could actually be a game. Make some trash bags available next to some outdoor trash cans and turn it into a cleanup. All taking place on an organic playing board of spacious grass fields and tree-covered paths. Instead of a couch.

You have Bulbasaur and his buddies to thank for this new interest in the outdoors.