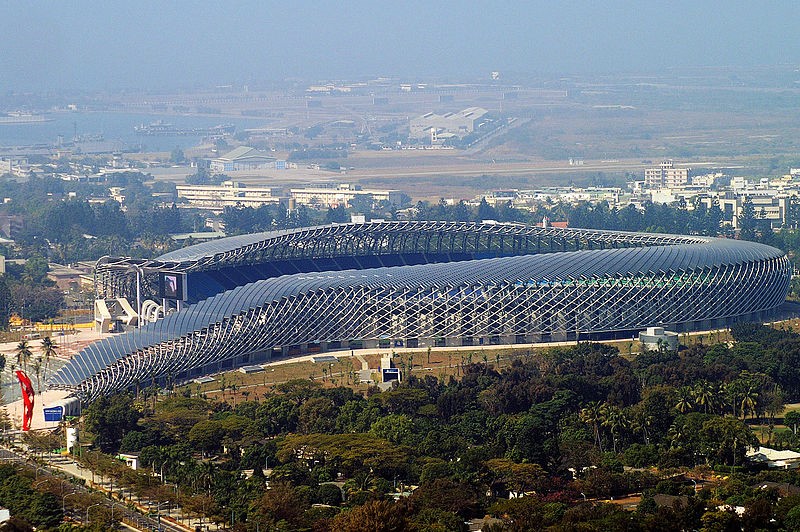 It’s true, we love and are extremely passionate about our sports teams and for many Americans, sitting in stadium bleachers on the weekend is like visiting a vacation resort.

For that reason, the sports industry in America was said to be worth over $60 billion in 2015, and is estimated to top $73 billion by 2019. But the competition isn’t always on the field. Sometimes, it IS the field, with the stadiums and venues taking on identities of their own.

With amenities such as shopping malls, restaurants, and conference/meeting room space, and even extended stay hotel rooms, the venue can be just as popular, and sometimes more so, than the teams that call these places home.

Following is a list of ten iconic, unique, or pretty cool stadiums and team venues. It was a tall task, because in fact, there are many, many cool and unique sports venues out there, and some rather dramatic ones in the process of being built. So this list is only a representative sampling of what’s out there rather than a definitive, ranked list.

These are just a few examples of stadiums that have incorporated their own unique personality into the design and functionality of the structure.

Teams that call these venues home enjoy these features on a regular basis, but we as spectators, only get a glimpse of what they offer.

With more dramatic, architecturally unique, and most importantly, environmentally friendly venues in the works, it seems that the only limits to what is possible is what our own imagination can come up with.

The advancement and flexibility of these designs, along with the compatibility of customized, temporary, and easily portable bleacher seating arrangements will ultimately allow all future stadiums and venues to become true, all event destinations producing exciting, personalized, game day experiences.

You can check out what it’s like to sit in the bleachers for nearly ALL of the stadiums on Planet Earth by visiting http://www.worldstadiums.com.