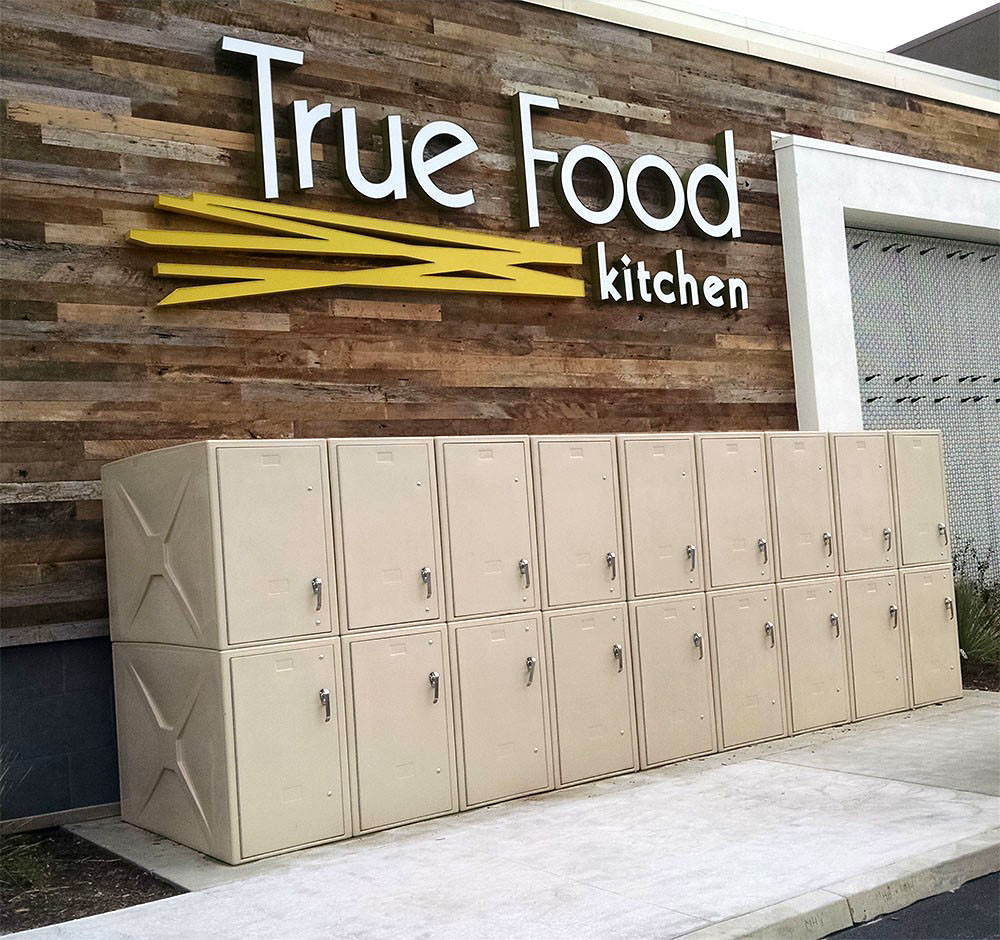 Bike lockers are proving to be a major draw for bicyclists.

Ask any cyclist about the most secure bicycle storage and they will excitedly tell you about bike lockers.

Bicycle lockers provide the ultimate security, since they prevent theft, vandalism, and weather damage from harming bikes, while traditional commercial bike racks only protect from theft.

If you’re a driver, think of it this way—would you rather leave your car in an empty lot, or a secured parking garage? The choice is easy. Just like how covered parking is more secure and protective of your car, so are bike lockers when it comes to bicycle parking.

Bike theft is actually a huge security issue, with about half of all cyclists having their bicycle stolen and only 2.4% getting recovered. Those who cycle year-round are also 90% more likely to have their bike stolen, according to statistics gathered by City Lab.

While the FBI estimates that 250,000 bicycles are stolen each year, the actual number is probably much higher, as high as one million bicycles. That’s because so few bikes are registered and many bike thefts go unreported. 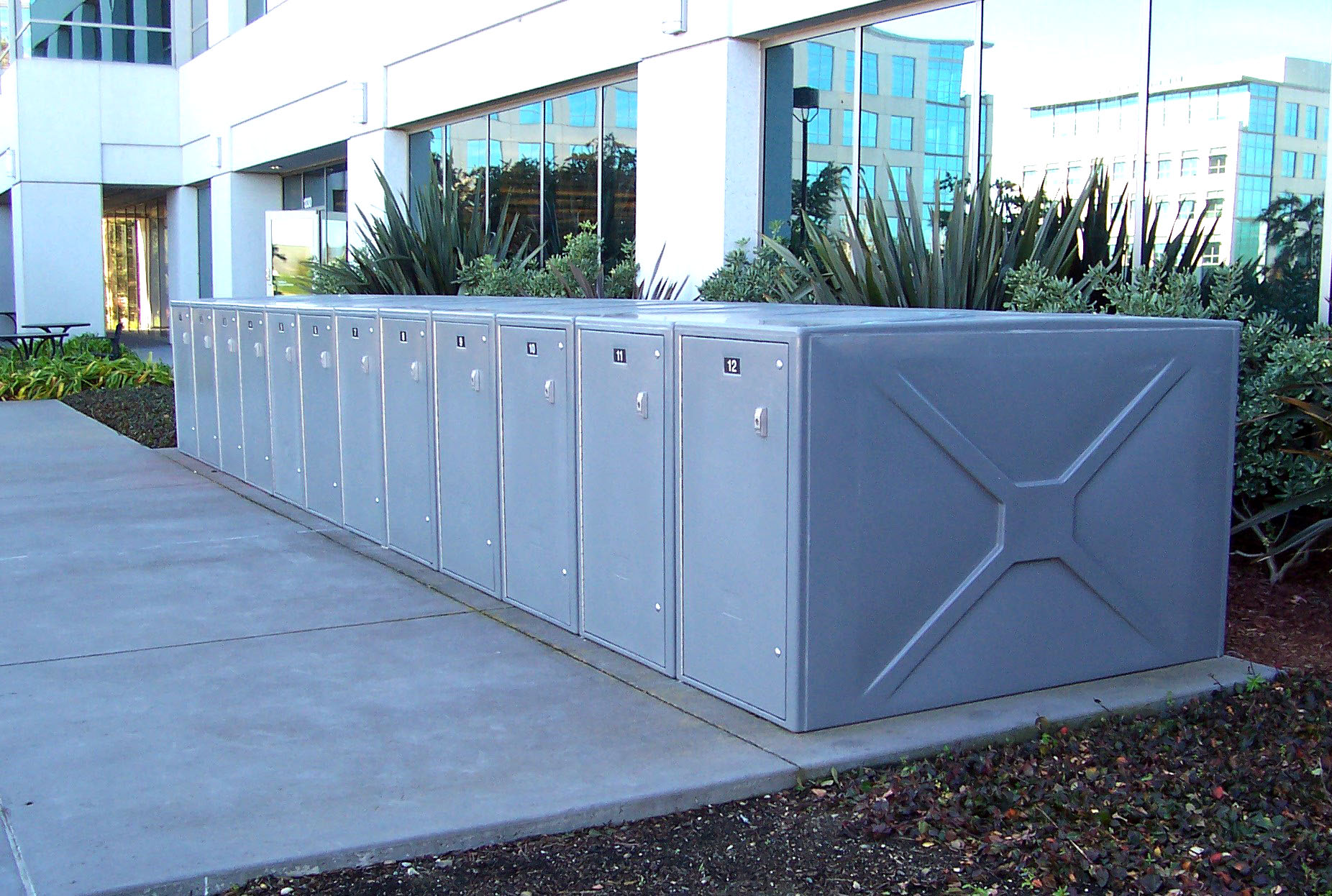 Bike lockers at an office building can be used to attract employees and help to qualify for LEED credits.

As ideal as bike lockers are, they aren’t perfect for every location. Bike lockers are designed for long-term parking, since they provide such a high level of security and can take extra time to park and retrieve a bicycle from the lockers.

Think about your guests. Do they visit for ten minutes, or ten hours? If your guests generally come for a quick trip, standard outdoor bike racks might be a better fit than lockers.

However, if your guests or employees usually visit for more than a few hours, definitely consider bike lockers. Additionally, no matter how long your guests stay, if your current bicycle parking racks are unsafe or may have people meddling with the bikes, then you should still get bike lockers.

Some locations where bike lockers are especially convenient include businesses, university campuses, apartment complexes, and bus stops. At each of these locations, cyclists will leave their bike unattended for several hours. Don’t make them feel apprehensive about whether or not their bike is safe.

Once you’ve determined that bike lockers will work for your facility, it’s time to narrow down your options for the best type of bike locker for you. Most bike lockers are usually rectangular, with solid sides for stronger protection from the elements. Cyclists park their bike inside the individual lockers, and then move on with their day.

However, as the demand and usage for bike lockers grows, other types of bike lockers become available to improve parking further. To keep the lockers safe and clean, some lockers now offer windows on the side. This allows for easier inspection and cleaning by maintenance crews, without requiring them to unlock individual bike lockers.

You may have also seen upright or stacked bike lockers. These lockers maximize the amount of bicycles they can store by stacking the lockers high, ideal for congested cities and places where space is limited. Some require the bikes to hang on a hook, while others lift them with a special ramp. If you select this kind of bike locker, you may need to create informational videos or other instructions to help guests overcome the learning curve of safely lifting or hooking their bicycles.

After guests drop off their bikes, the final step is securing it. Depending on the bike locker you select, it may come with built-in security, or it might need to be added by the customer or facility.

A few security options include providing keys for each locker, requiring guests to supply their own padlock, setting up a security code system where each guest has a code specific to their account, or using an electronic card system.

Bike lockers are becoming more popular as bicycling grows in popularity as well.

Bay Area Rapid Transit (BART) in Northern California recently migrated away from a keyed system for a card system instead. This allows for multiple users to store in the same lockers at different times.

The card functions as both a security and payment system—it allows guests to check their bikes in and out, and also charges their account each time they use the lockers. According to BART, their electronic lockers have higher demand than the keyed lockers, which is why the organization is slowly switching to an entirely electronic system.

The benefits of bike lockers are almost too many to count. Secure bicycle parking encourages more bicyclists to commute to work. Swapping the car keys for the handlebars benefits:

Take the University of Nebraska-Lincoln for example. They were recently recognized as a Silver Bicycle Friendly University by The League of American Bicyclists. That’s because they just added an Outdoor Adventure Center, outfitted with 24-hour showers and lockers.

These types of amenities by businesses, universities, and cities make a big impact. People are much more likely to commute on their bicycle when they don’t have to worry about heading to work sweaty and leaving behind their bicycle unsecured.

Another example is a town in British Columbia, Canada called Lake Country. Their new bike locker rental fee is just $10 per month, but it gets even better. The town waives the fee completely for those who use the lockers at least eight days per month. What better way is there for incentivizing cycling to work than offering free, secure, high quality bicycle parking?

Bike lockers are a secure and protective option that towns and businesses everywhere are installing to cater to the bicycling community. Consider adding one to your facility to attract a growing demographic of cyclists while also encouraging the many benefits of cycling within your community.

For more information about bike lockers, check out The Park Catalog, where you can find an assortment of bike lockers and bicycle parking racks.