Posted by: Robert Caston October 12, 2018 in Parks and Recreation 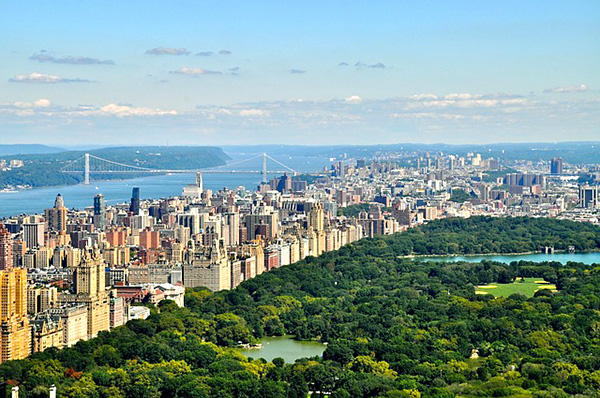 Research shows that homes near a park have an 8% to 20% higher valuation than other properties.

Want to know the impact on home values after carving out some green space in an area, adding park benches and perhaps a playground with grass and shrubbery?

Anyone interested in parks or real estate would be smart to pay attention to these statistics.

Because here’s the big benefit of this research. If you need to get approval for new parkland or to upgrade a park, be sure to show these statistics to homeowners in the area. And be sure to get them to turn out at city budget meetings to support expenditures for more parks.

Several studies have found that living in close proximity to a park will generally boost home prices by 8% to 20%.

On a $500,000 property or any home for that matter, a 10% boost in value means tens of thousands of extra dollars in the owner’s pocket.

Proximity to a park adds a significant increase in home prices

Here are some other facts about property values and parks as reported by the University of Washington:

Homeowners who live near parks or proposed parks, should not only be happy about this phenomenon, they should be one of the driving forces to make these green spaces a reality. The benefit to them is enormous, in addition to having a nice place to play for their family and even their pets.

However, most studies also note that is it important that the park is well-maintained and safe.

If it is not, the park could actually have a detrimental effect on property values. And again in that case, residents living nearby need to rally to make the park better and to persuade the parks department to add more resources and police to increase patrols. You will frequently see citizens taking this type of action on the evening news.

Also, a very busy park or a park with ballfields that are in constant use might not have much of a positive effect on prices.

Accepting the premise that parks make properties more valuable is a no-brainer.

When it comes to city officials and planners, that higher valuation for homes also means more tax revenues for city coffers.

In one study in Philadelphia, it was estimated that the 10,000-acre park system in that city adds $220 million in the additional assessed value of nearby homes.

That is quite a bit of tax revenue for a city.

Build parks. Home values surrounding the park go up. More taxes are collected. (And while no one likes to pay more in taxes, those homeowners will get more for their homes later when they sell).

Here’s a side factor that will also increase home values.

The mission for most towns and citizens is obvious – add more parks. With trees.

Sure budgets are tight.

For one, parks don’t have to be massive on the scale of Central Park in NYC.

“Pocket parks” with a few trees, maybe a few wooden park benches and some grass are a new trend that is springing up everywhere.

There are grants available from different organizations, such as the National Recreation and Parks Association and other agencies, to help build more parks.

Local citizens can conduct their own fund-raising activities. The NRPA also has a service they provide to assist towns and citizens with a fund-raising project.

Who wouldn’t want to donate to a park?

And you will certainly find some willing participants when you present this research to people in the surrounding area.

So let’s build more of them.